Khudobin had his first NHL playoff shutout in the Stars’ first 1-0 playoff win in regulation since 2000.

In true lockdown Stars fashion, the game had almost double the amount of total hits (96) than shots on goal (50). Two days after each team won a Game 7 in the second round to move on, Dallas had more jump from the drop of the puck and carried that to a series lead. 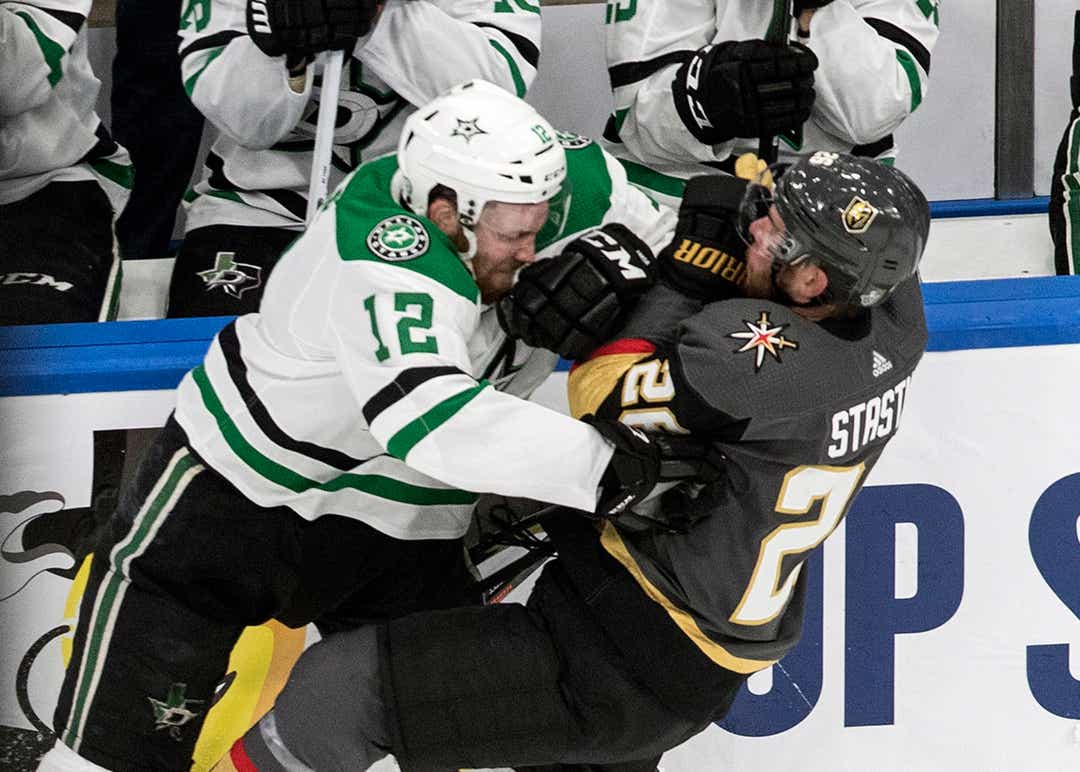 Klingberg’s goal 2:36 in was all the offense coach Rick Bowness’ team needed. It looked like surprise Vegas starter Marc-Andre Fleury didn’t get reset after Dallas captain Jamie Benn’s shot attempt was blocked, and Klingberg fired the loose puck past him into the net.

It was the Stars’ 55th goal this postseason, and the 52nd scored with either Klingberg or fellow defenseman Miro Heiskanen on the ice.

Playing with a lead allowed Dallas players to throw their bodies around, a style of game Vegas has no problem matching. Stars defenseman Esa Lindell appeared to injure his left hand on one hit in the first period but didn’t miss a shift.

Also in the first, Golden Knights forward Chandler Stephenson landed a leg-on-leg hit on Roope Hintz and was on the other side of an earful from Stars veteran Corey Perry during the next TV timeout. The nastiness is already well established early in the West final and should grow as the series continues.

There will probably be more goals in the coming games though, even if Fleury and Khudobin did their best to keep the puck out. Fleury made 24 saves after allowing the Klingberg goal, and Khudobin was aided by his teammates forcing shots to the outside and helped himself with some excellent rebound control.