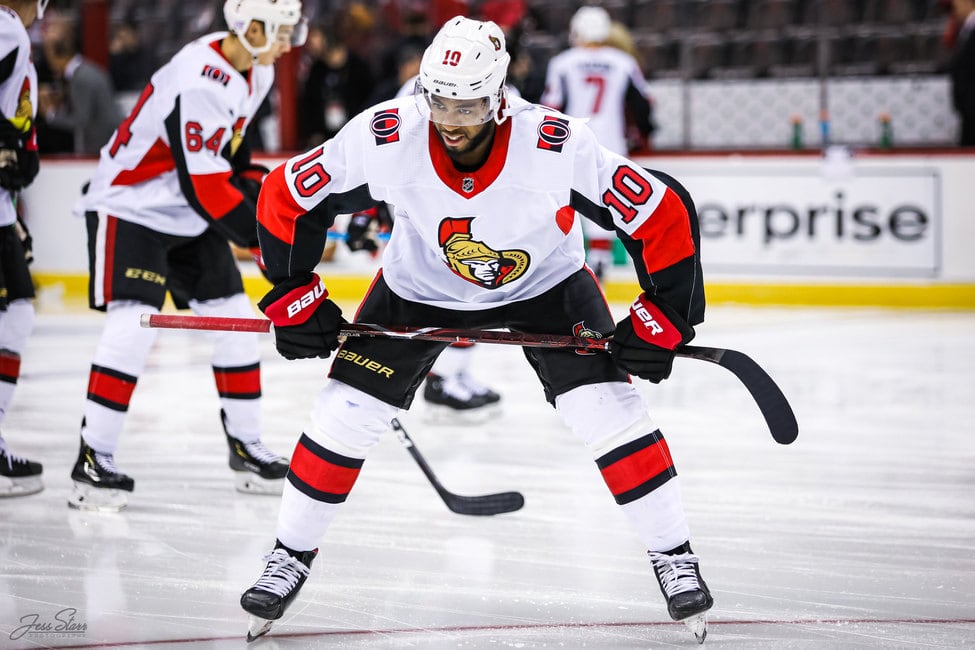 We are entering a quieter stage of NHL Free Agency after an extremely hot start that includes the Detroit Red Wings, who’ve been tactical with their signings as they head into the next season of their rebuild. Still, the Red Wings have plenty of cap space (approx $18.7 million) available and need to fill holes on their roster. With that in mind, here are four unsigned free agents I’d like to see general manager Steve Yzerman target.

Incredibly, Sami Vatanen has not been signed yet. It’s a sign of the times, and teams in a cap crunch aren’t as flexible as they might have been if not for the pandemic. If the Red Wings wanted to take a run at a capable d-man like Vatanen, I don’t think any fan would disapprove.

The nice thing about Vatanen is that you know what you’re getting. He can play at least 20 minutes a night, score a point about every other game, and is highly coveted as a right-shot. That makes signing him a priority to help improve the franchise as the Red Wings continue their rebuild.

The right side of the Red Wings defense is pretty crowded with Filip Hronek, newly acquired Troy Stecher, and Danny DeKeyser (who’s coming off IR). However, none of those players should stop Yzerman from acquiring a talent like Vatanen. What it would take to sign him is unclear, but it could be a beneficial pairing for both sides.

Ottawa decided against bringing Duclair back even though he’s an affordable restricted free agent, which says more about the Senators than Duclair. Yes, he has bounced around since being drafted in 2013 (five teams in six years) but if I was Yzerman, how could I not sign him? He’s young, affordable, and fits the direction of the team.

Duclair is coming off a 40-point season and could have hurdled his career-high of 44 set with the Arizona Coyotes in 2015-16. He scored a career-high 23 goals with the Sens last season and he could become a consistent 30-goal scorer. He has the hands and speed to do so, and puts himself in the ideal position to be consistent.

Bringing in a player like Duclair would be wise for any team, not just the Red Wings because their team gets better by bringing on talented players. The Red Wings could sign him as insurance in case fellow wingers Bobby Ryan or Darren Helm struggle out the gate. Duclair should also look at signing with the Red Wings beyond next season considering they have loads of cap space and few commitments after 2020-2021.

At this point, it’s fair to call the 33-year-old a journeyman. Brassard has suited up for six different teams since the start of 2015-16, but found success playing for the New York Islanders this past season, scoring 10 goals and 32 points. That’s his highest single-season point total since 2017-18 and while he’s more likely to join a Stanley Cup contender, signing with the Red Wings could be a beneficial move.

The Islanders probably would have brought Brassard back if not for their lack of cap space. They have approximately $8.9 million available but still need to re-sign Mathew Barzal and Ryan Pulock, leaving Brassard as the odd man out. It’s the perfect opportunity for Yzerman to jump on a veteran player who can provide leadership for a young-ish team.

Brassard signed for $1.2 million last season with the Islanders. With nearly $20 million in cap space, the Red Wings can pay close to that, if not more. Again, I’m sure he would rather play for a team that’s trying to win a Cup, not coming off one of the worst seasons of the cap era. But, if he wanted to join a team on the rise and be a leader, Brassard to Detroit makes sense.

This name sounds familiar. I should know this player. Oh wait, it’s coming back to me. Aw yes, now I remember. Former Red Wing Andreas Athanasiou became an unrestricted free agent after the Edmonton Oilers, did not qualify him despite that they traded for him (and Ryan Kuffner) at the NHL trade deadline in February.

The Red Wings received two second-round picks (and Sam Gagner) from the Oilers for Athanasiou, one in 2020 and another in 2021. Detroit used the pick they received in this year’s draft to trade down and eventually selected Theodor Niderbach, who’s been making sick plays with Frolunda’s J20 team in Sweden. It’s only a matter of time before he’s playing on their “A” team with the big boys.

It wouldn’t be too much of a change for Athanasiou considering he was drafted 110th overall by Detroit in 2012 and played his first four and a half seasons with them. For the Red Wings, he’s a player the organization loves and likely only moved him because of what they got in return, not because of his attitude or work ethic or anything like that. I’m all for an Athanasiou reunion, but like many other players on the open market, they’re looking for the right situation to join.

Any Other Notable Names?

I’ve previously suggested who the Red Wings should extend offer sheets to, but that seems more unlikely with each passing day. From a positional standpoint, Detroit is likely content going with the Jonathan Bernier- Thomas Greiss platoon next season. Their defense is marginal but somewhat crowded, so I’m not sure they’ll bring in any more d-men. If the Red Wings sign any other free agents, look for them to fill a bottom-six role as the team continues to try and move on from some of their ridiculous contracts. But, as they say in Detroit, Don’t Stop Believing.